The Poet of the Camera 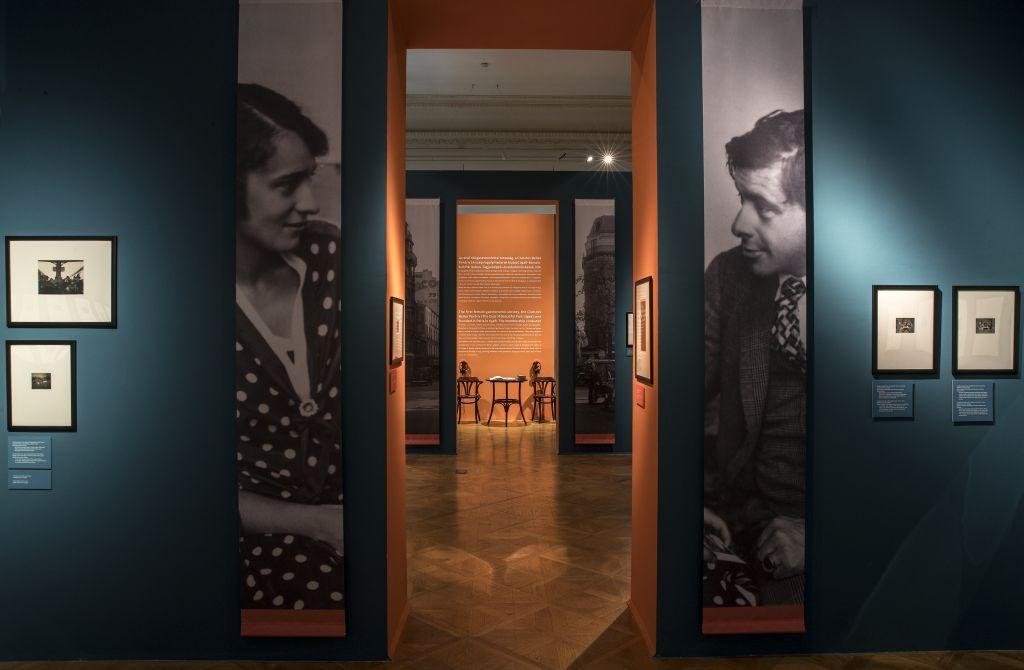 The 125th anniversary of André Kertész’s birth provides the opportunity for the Petőfi Literary Museum and its affiliates, the Kassák Museum and the Hungarian Theatre Museum and Institute, to exhibit their precious treasures, including known and unknown photographs by Kertész held in their collections. Seventy-three not so well-known original vintage photos from the three institutes are being presented.

The exhibition focuses on the story of the relationship between writer and journalist György Bölöni and André Kertész. The photographer must have met Bölöni immediately after his arrival in Paris in 1925–26 and they joined forces mutually helping each other until the mid 1930s. Bölöni and his wife, Itóka, found job opportunities for the photographer, while he contributed to their books with artistic illustrations. Bölöni’s study Kertész, Magician of the Darkroom was published in the same year (1930) as Sándor Márai’s appreciative article about the photographer.

Endre Ady had an unprecedented cult among emigré Hungarians from the beginning of the 1920s, and Kertész could experience this phenomenon directly on his arrival in Paris in 1925. At evenings devoted to the poet there were not only participants such as Bölöni  and Lajos Tihanyi as authors or speakers who could call the late poet their friend, but also the sculptor Csáky József, Gyula Halász, who later became a noted photographer under the name of Brassaï, Béla Uitz and composer Tibor Harsányi.

György Bölöni often took the stage at the events of the Parisian Endre Ady Cultural Society. Since the poet’s death he had already been planning to write a biography which he completed in 1934 with the title The Real Ady. The volume includes sixteen photographs by André Kertész, about which Bölöni wrote in his introduction:

“My friend Kertész, the Hungarian artist esteemed by Parisians, was at my side [...] and he took photographs of everything that still exists in Paris in connection with Ady’s life, understandingly and carefully.”

Two iconic photos stand out from the series displayed in this exhibition, which represent the coffee house circumstances of the origin of Ady’s poem Autumn Slipped into Paris and part of the poet’s hotel room – according to Bölöni’s narrative. The Kertész photographs together with the captions mark out the locations of a specifically Hungarian Paris, from Léda’s apartment to Ady’s hotel, as well as cafés, parks and restaurants they visited.

It was presumably Itóka Bölöni who took André Kertész to the exceptional gathering where the gourmet members of the Les Belles Perdrix (“Beautiful Partridges”), an exclusively female club, enjoyed the courses of a grandiose banquet. The full series taken there has never before been displayed. The exhibition includes several photographs presenting the friendship between Kertész and painter Lajos Tihanyi, as well as the performances, the stage sets and the relaxed parties of the members of the Puppet Theatre run by Géza Blattner, who burst onto French avant-garde theatre scene.

Visiting Paris in 1926, Kassák could well have met Kertész. A significant photograph from the aspect of universal arts of the Dutch avant-garde painter Piet Mondrian with the Belgian and Italian artists Michel Seuphor and Enrico Prampolini can be found in Kassák’s legacy.

In addition to the photographs of lyrical atmosphere depicting intimate moments, “found” objects and streetscapes, as well as artistic portraits taken by André Kertész, some photographs of the artist himself, letters, books and an interview are also on display.