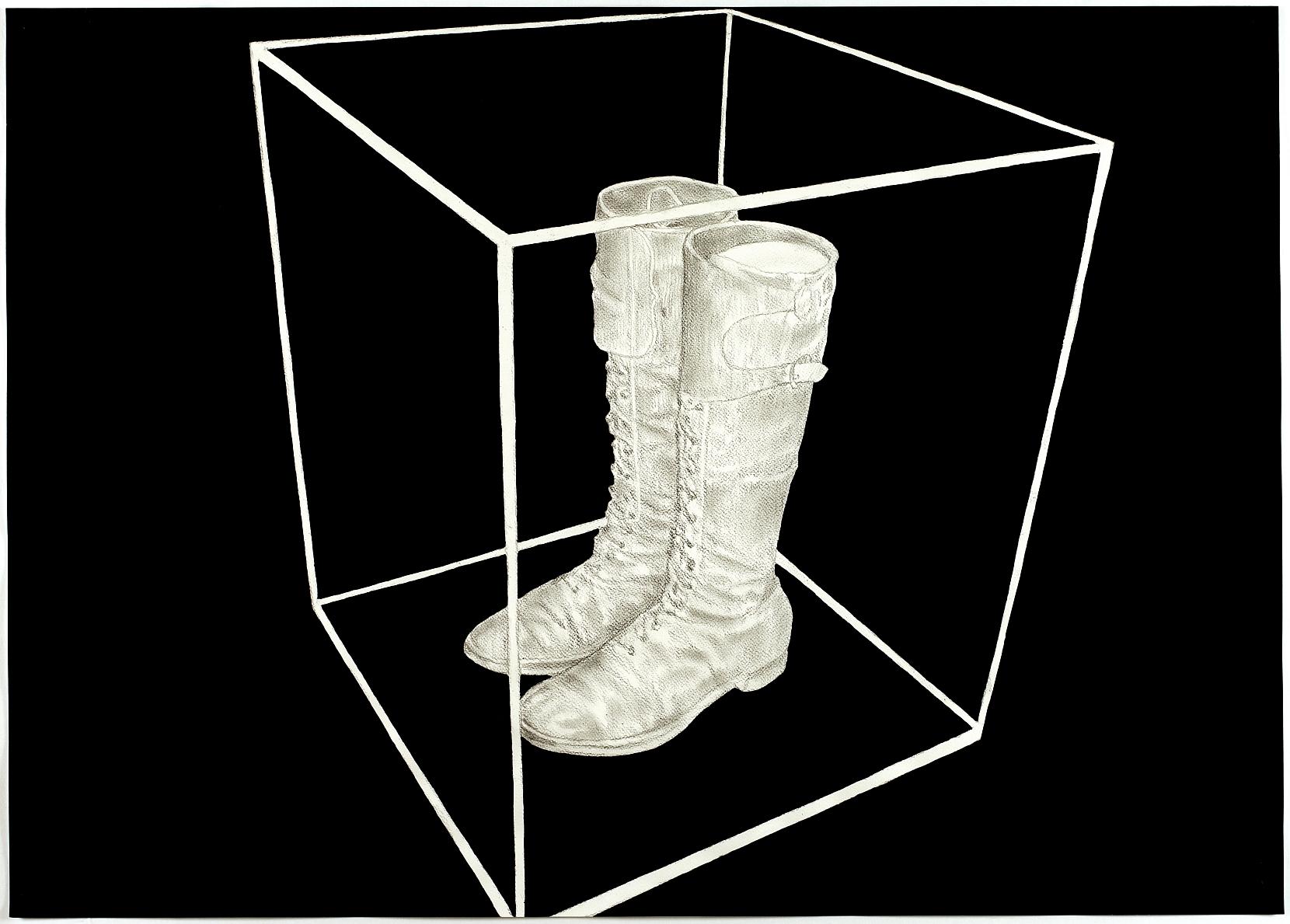 In the centre of the exhibition there is a hundred-year-old, shabby pair of leather boots, which belonged to Zsigmond Móricz. They appear to be nothing more than commonplace footwear. Sources indicate that the boots were made to size, from quality cowhide and with great craftsmanship in 1915, before he travelled to the eastern front. Móricz used the boots for decades and after his death in 1942 his family kept them with care. In 1979, as part of Zsigmond Móricz’s legacy they were moved to the Petőfi Literary Museum, where to this day they are a much cherished artefact in the Artworks and Relics Department, which contains the possessions of renowned literary figures.

This collection provides us with such an opportunity and involves Móricz’s letter containing a sketch of the boots, photos of the writer in his boots, citations from his fiction studded with boot metaphors, as well as László Fehér’s drawing and painting of 2015 depicting the very same boots, a video interview with Fehér and a new piece of prose by Ottó Tolnai inspired by Móricz’s boots.

In the transcriptions of writer Ottó Tolnai and artist László Fehér, the footwear symbolically leaves the space which should have been its terminus, a quiet and closed museum space, to appear in a new capacity as an inspiration for fresh works of art. Through selection the artefact has become a medium. Elevated by Fehér’s postmodern artistic gesture, the boots have become a memento of Móricz’s world and Hungarian fate.