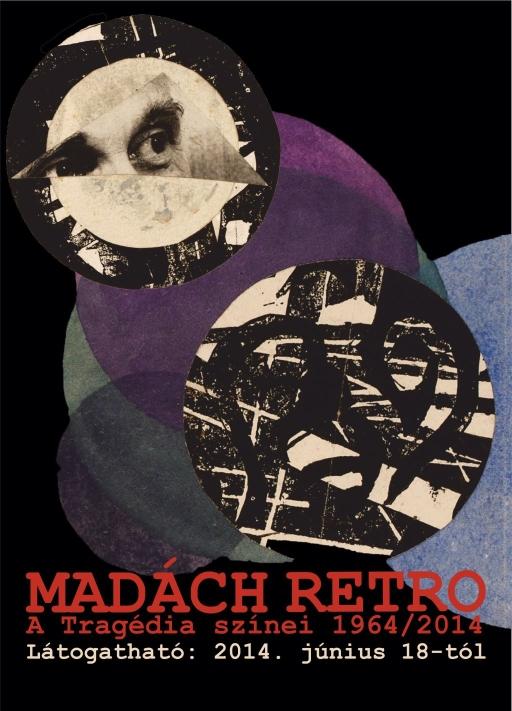 Was open until: 20th March 2015.
Assisted by a computer program, a 1960s projector presents Imre Madách’s life and oeuvre, which are shown in terms of seven major themes: childhood, family; studies; marriage, female idols; in the War of Independence; public roles; his literary works; drawings and paintings.

The first room intends to display the events of the year 1864, as well as the documents of commemoration a hundred years later, in 1964.

Madách died in 1864. The same year saw the publication in print form of the first Madách illustration, Scene from The Tragedy of Man by Mór Than, thus launching a rich series of artistic illustrations of The Tragedy of Man. The painting was bought by Emperor Francis Joseph I and it was originally intended for the collection of the Belvedere in Vienna. In the end, in the summer of 1864 the newspapers reported that Mór Than’s work had been donated to the National Museum.

Hence Room 1 displays Mór Than’s large-format oil painting  Scene from The Tragedy of Man (after Imre Madách’s poem) together with an engraving by Rezső Grimm, as well as its version in gold which was printed on the cover of the second special edition of the Tragedy.

Kádár’s principle of “those who are not against us are with us” from the beginning of the 1960s, the Hungarian Socialist Workers’ Party Congress of 1962, which stated that opposing classes had ceased to exist, then the political amnesty in 1963 and the comprehensive economic reform plan under preparation from 1964 all resulted in a certain pluralism and opening in cultural life. The centennial commemoration of Madách’s death took place in 1964 in an ideologically slowly neutralising period, under so-called liveable socialism at the time when the principle of the three Ts was applied (the official cultural policy classified artists and works in three categories: supported, tolerated and banned).

Cultural policy at the beginning of the 1950s regarded the text of The Tragedy of Man as pessimistic, anti-human, reactionary and contrary to the idealism of socialism. Following the condemnation of the drama in the 1950s, in October 1964 the anniversary of the poet’s death was commemorated all over Hungary – a conference in the Institute for Literary Studies of the Hungarian Academy of Sciences, an exhibition about Madách in the Petőfi Museum of Literature and the poet’s former mansion in Csesztve, staging of The Tragedy of Man in the National Theatre, as well as a memorial programme on Hungarian television. The press documentation of these events is displayed on the two diagonal walls of the room. Its installation recalls the manner in which exhibitions were staged in the 1960s.

This gesture of remembering represents a special self-reflexive way of exhibition staging strategy, which points beyond the framework of a retro exhibition. It renders the possibility for both a museum specialist and a visitor to view from a perspective a type of artwork collecting and the practice of purchases by ministries in the 1960s.

Thus, on the one hand, the exhibition promises a time travel, allowing you to look into the half century of the Tragedy’s reception. On the other hand, it invites you to a virtual world where, inspired by their new experiences, venturesome visitors can create graphic montages and
June 17, 2014 to March 26, 2015 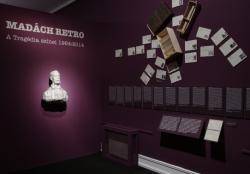 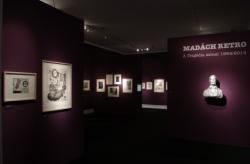 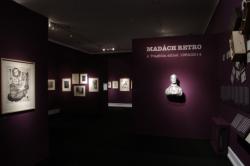 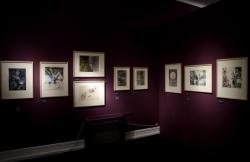 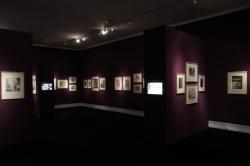 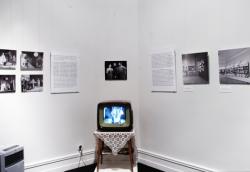 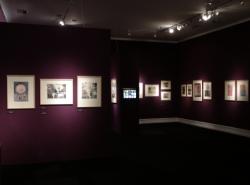 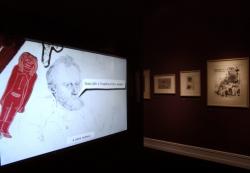 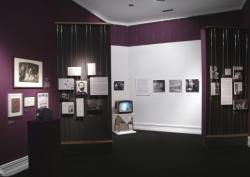 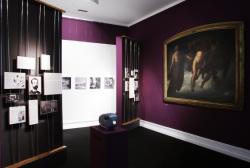 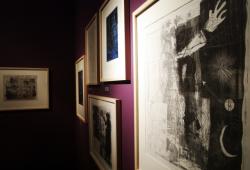 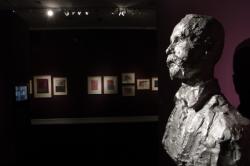 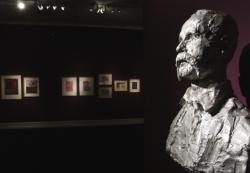