Ady “The Sadness of Resurrection” 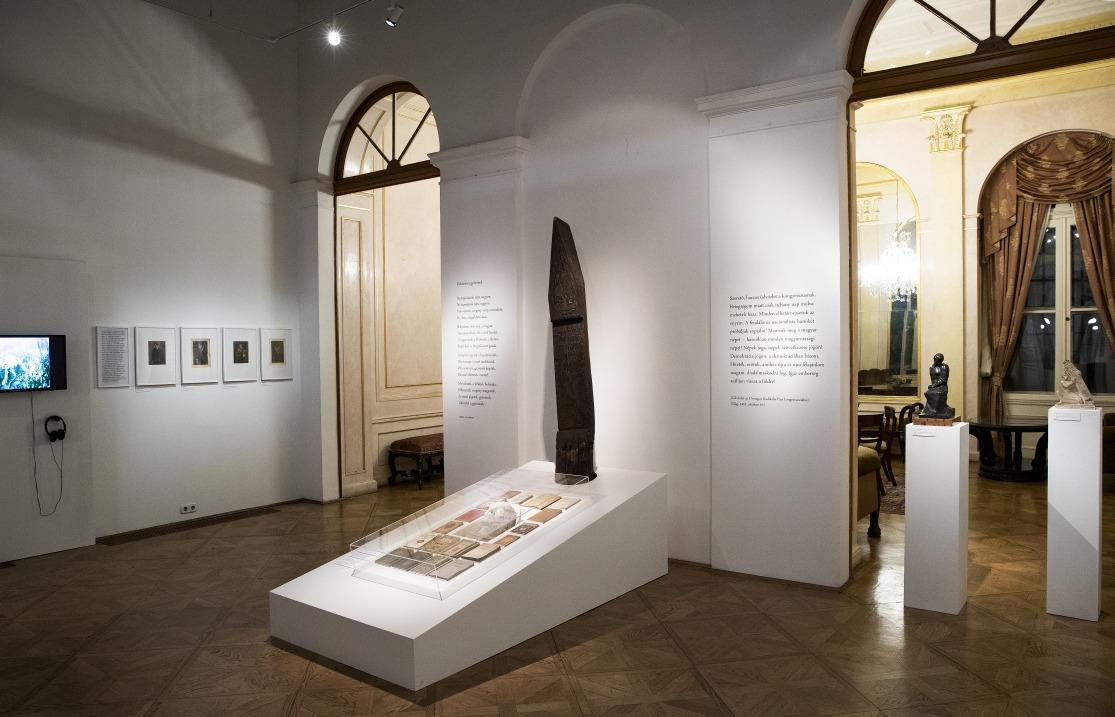 The news of Endre Ady’s death on 27 January 1919 spread like wildfire in Budapest. Friends, journalists, artists commemorated the sad event. Móricz wrote down how he saw his friend and colleague, Lajos Szőnyi photographed, Béni Ferenczy made drawings, Fülöp Ö. Beck and Márk Vedres shaped death masks. On that very day, the government declared the poet “grieved by the nation” and made the decision to arrange a state funeral. A school holiday for secondary schools was announced for the funeral day. On 29 January, the body was lying on the bier in the entrance hall of the National Museum, covered by the Jókai shroud. The ceremony began at 2 o’clock with Presbyterian minister Benő Haypál’s eulogy. It was followed by speeches by Zsigmond Kunfi on behalf of the government, Zsigmond Móricz on behalf of the Vörösmarty Academy, and Mihály Babits representing the Nyugat periodical. At 4 o’clock, the funeral procession departed to the Kerepesi Cemetery, where this great Hungarian poet of the twentieth century was laid to rest in an honorary grave opposite the resting place of Mór Jókai.

A few days after Endre Ady’s funeral, his colleagues and friends expressed their wish to have a statue of him erected. Zsigmond Móricz, Aladár Schöpflin, Lajos Bíró, Lajos Hatvany, Ferenc Molnár, and Béla Révész suggested designing a statue that “expresses the Hungarian nation’s fate and right for a brighter future” but is also faithful to the poet. Their enthusiasm also helped raise the funds for erecting the monument. Together with Aladár Székely, the periodical Nyugat started a fundraising campaign to make the plan a reality. Despite the excitement, it took several years for the municipality to announce a design competition for the Ady memorial. Altogether, they received 113 applications by 81 artists. In mid-February 1928, the public could view the designs for two days at the Budapest Kunsthalle. The reception was mixed. The jury asked six sculptors, including Géza Csorba and Fülöp Beck Ö. to develop some new designs.

In the end, it was Géza Csorba’s Ady statue – still on display today – that won the jury’s approval, and it was inaugurated on 23 March 1930. The inauguration ceremony was also recorded on newsreel, digitalized by the Petőfi Literary Museum in 2018.

Eulogy by Zsigmond Móricz at the National Museum (excerpt), 29 January 1919.

“There is a grand corpse locked into this coffin, which was the vessel of the soul on its way from infinity to infinity in this earthly sphere: the fragile jar will remain the symbol of a brilliant phenomenon, which means divine power and grandeur, and which redeems from the miserable darkness of worldly life all who raise their eyes to him.

The poet who is resting above us in a double coffin: he is among us, lives on among us, works on within us, toward a happy future for our lives.

Remember Endre Ady, raise his words high and carry out the laws of his life!”